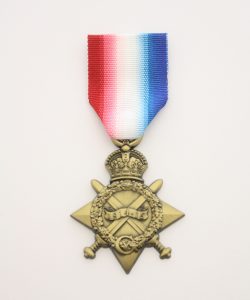 or 4 fortnightly payments from $6.25 with

The first combined Australian effort in war time, saw the naming of this force as the ‘Australian Imperial Forces’ (A.I.F.) by General Bridges in August 1914. The AIF swelled to 338,000 by the wars end. This is noted as the greatest contribution per head of population in history, in wartime. Of this number approximately 82,000 received the 1914-15 star.