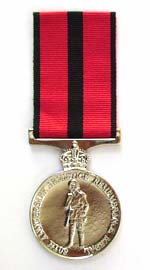 Remembrance Day – 11th November – is set aside as a day to remember the sacrifice of those who have died for Australia in wars and conflicts. It was originally known as Armistice Day.

Why is this day special to Australians?

The 11th hour of the 11th day of the 11th month, attained a special significance in the post-war years.The moment when hostilities ceased on the Western Front became universally associated with the rememberance of those who had died in war. This first modern world conflicted had brought about the mobilisation of over 70 million people and left between 9 and 13 million dead, perhaps as many as one-third of them with no known grave. The allied nations chose this day and time for the commemoration of their war dead.